“My remit, as a journalist for the BBC, is to reach new and underserved audiences”

“My remit, as a journalist for the BBC, is to reach new and underserved audiences”

The BBC World Service is innovating. The English-language channel released its first Instagram documentary, part of a new push to attract and engage younger audiences. The 10-minute vertical video, titled The Instagram witches of Brooklyn, takes us on a journey through the spiritual movement of "brujeria" (an Afro-Latina term meaning witchcraft) that has gained additional visibility thanks to Instagram. BBC director and journalist Sophia Smith Galer discusses the appeal of the platform. With a big following on TikTok (78,000 subscribers), she also tells us about the growing importance of the Chinese app in disseminating information.

Where did the idea for a documentary adapted to Instagram for the BBC come from? What was your objective?

Sophia Smith Galer – My remit as a journalist for the BBC is to reach new and underserved audiences – Instagram is a brilliant vehicle for us to put out stories that engage with younger demographics. This is, of course, in addition to the fact that the documentary itself was also about how these women use Instagram.

What feedback have you had? What are the advantages of Instagram for this type of content? Since it went online on April 1, the report has been viewed more than 10,000 times...

S.S.G. – Given the bruja community is very active on Instagram, I knew that it would be guaranteed healthy engagement from the audience, many of whom have never seen themselves or their religious practices reflected back to them in mainstream media. It was very successful for us in terms of our usual IGTV figures and I was particularly impressed by the number of users who saved the video to their collections or sent it privately to a friend. These are hidden interactions which, as a film-maker, are the most important analytics to measure – they really show that the film had enough impact to make lots of people want to share it with their private circles.

You said in one of your interviews, "the gatekeeper of mainstream media tend to keep online videos quite secular." What did you mean by that?

S.S.G. – It has traditionally been quite difficult for religion reporters, particularly in the British media space which is very secular, to convince editors of the relevance and importance of religion stories. Fortunately, I work somewhere that has a specific remit to cater for diverse religious communities.

Are there any sources of inspiration influencing your videos on Instagram? What are your tips for creating an effective video for social networks such as Instagram?

S.S.G. – A big inspiration for me is Olivia le Poidevin, an excellent digital film-maker for BBC Minute, another BBC World Service Instagram account that makes brilliant content for young audiences. I also really like the films that the BBC Gender and Identity correspondent Megha Mohan makes with Yousef Eldin – they bring in YouTubey elements without losing BBC house style or authority and that's exactly the sort of style I want to mirror.

My advice is for it to be well-paced, hashtag-sourced and unafraid to play with user-generated content.

Do you think there has been a change in the way people are consuming the news, since the lockdown?

S.S.G. – Ironically lots of audiences are going back to linear broadcasting, which has seen a decline in the last decade.

Speaking of digital storytelling and young audiences, you are also a celebrity on TikTok. Your @sophiasmithgaler account is followed by nearly 78,000 subscribers. At the moment, the BBC has no official account. What is your vision on the platform, as a journalist?

S.S.G. – Lots of news publishers are discovering that there is an appetite for informed and inspirational content. But lots of TikTokkers are reluctant to see brands instead of people come onto the platform – if TikTok loves one thing, it's a personality. That's why The Washington Post has had so much success with Dave. A TikTok brand without a face is going to be limited in how recognisable its content is and the possible following it could amass. In a personal capacity, my behind-the-scenes content on journalism does well and I get DMs every day from young people who want to enter the industry. It's life-affirming to see young people want to become journalists (I'm 25 so it wasn't that long ago I was one of them myself) and if my TikToks can get more people interested, then that for me is only a good thing. 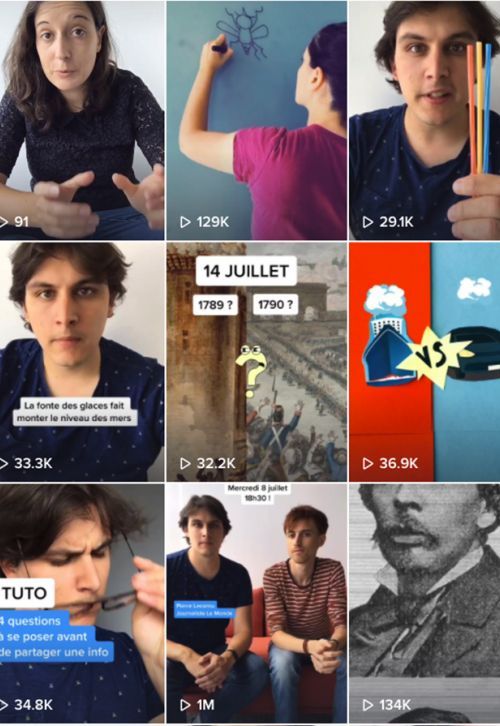 Le Monde newspaper has turned to TikTok: and it works! 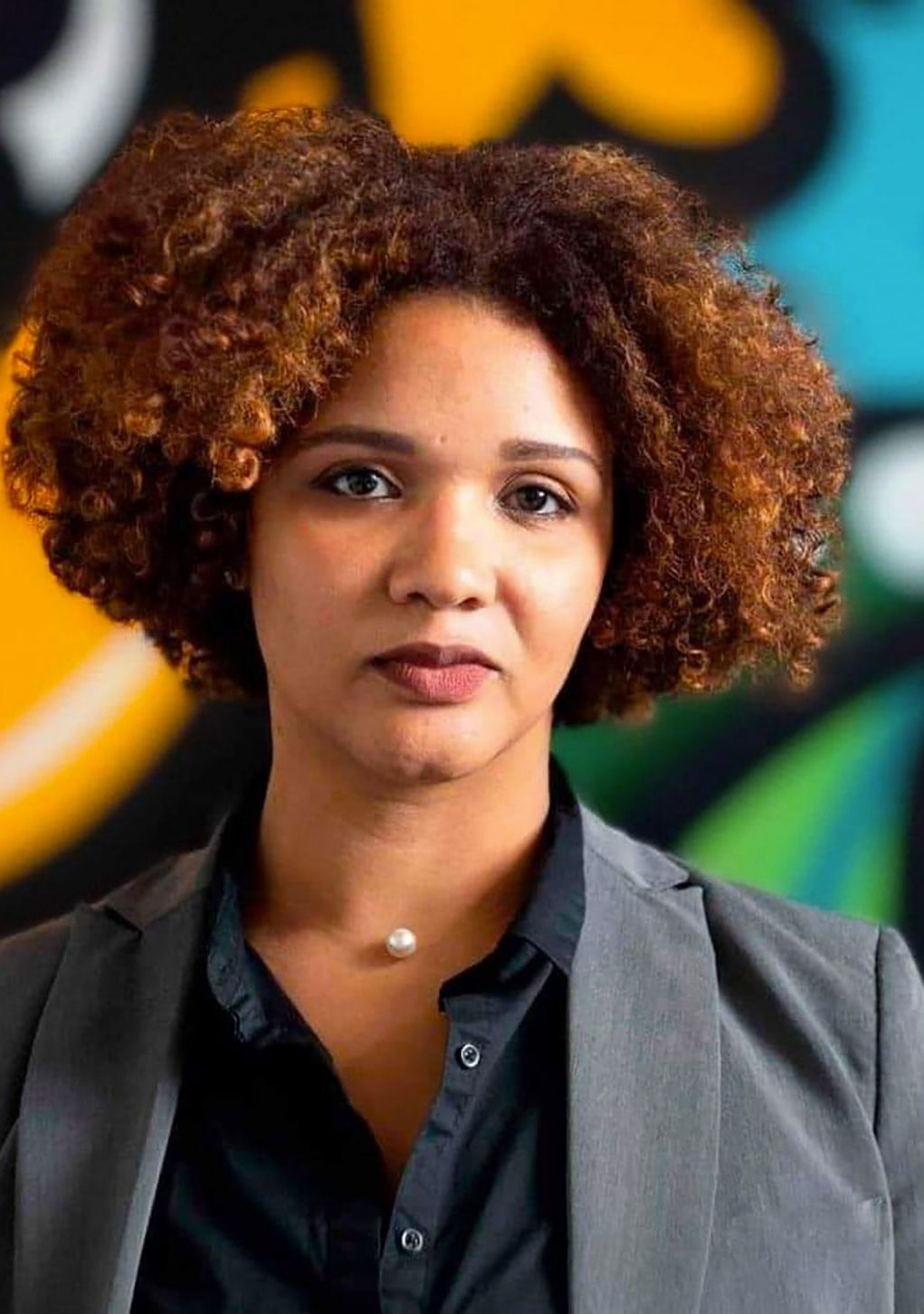 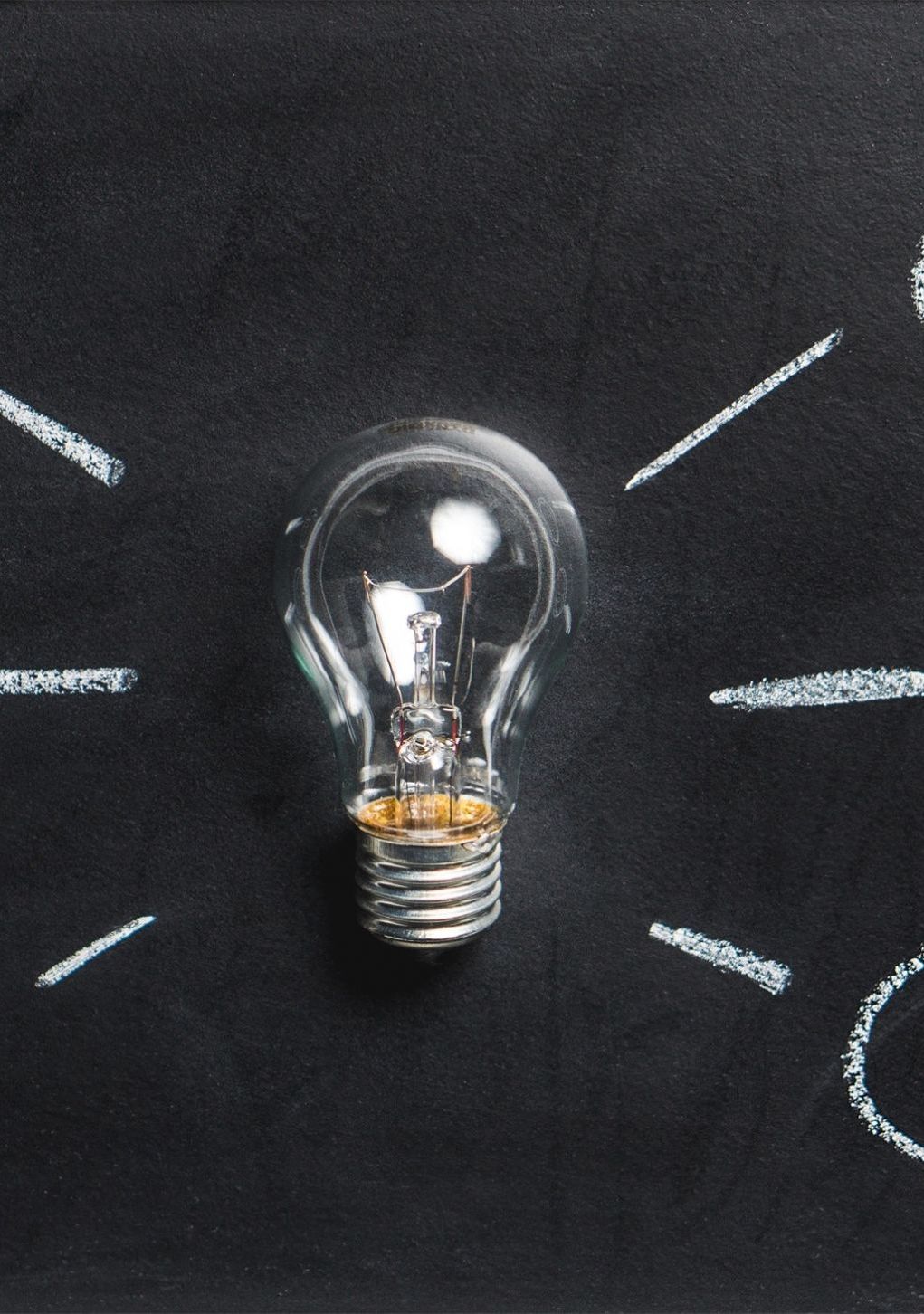 How to produce effective formats in “times of war” 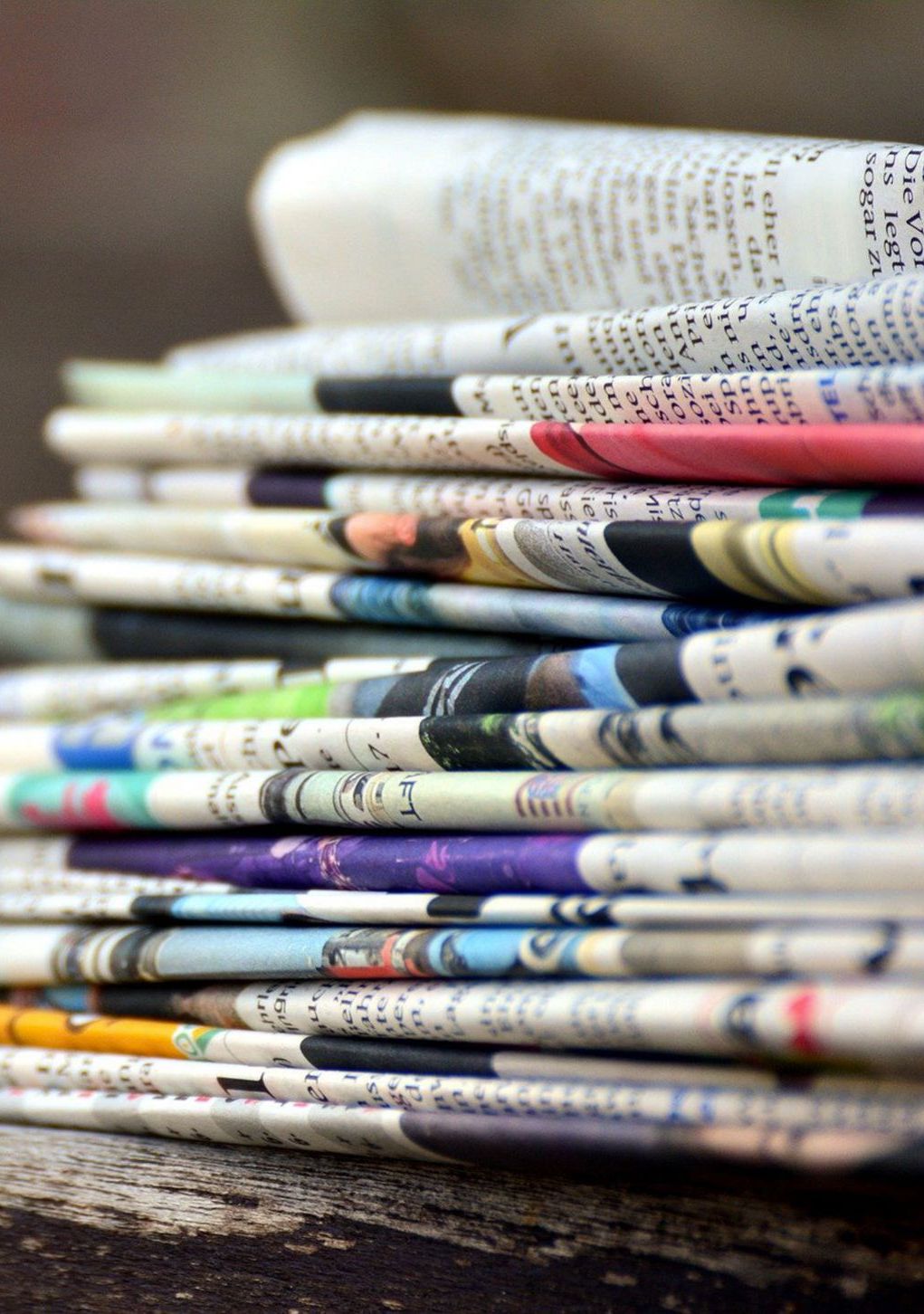 Will coronavirus be the death of the media? 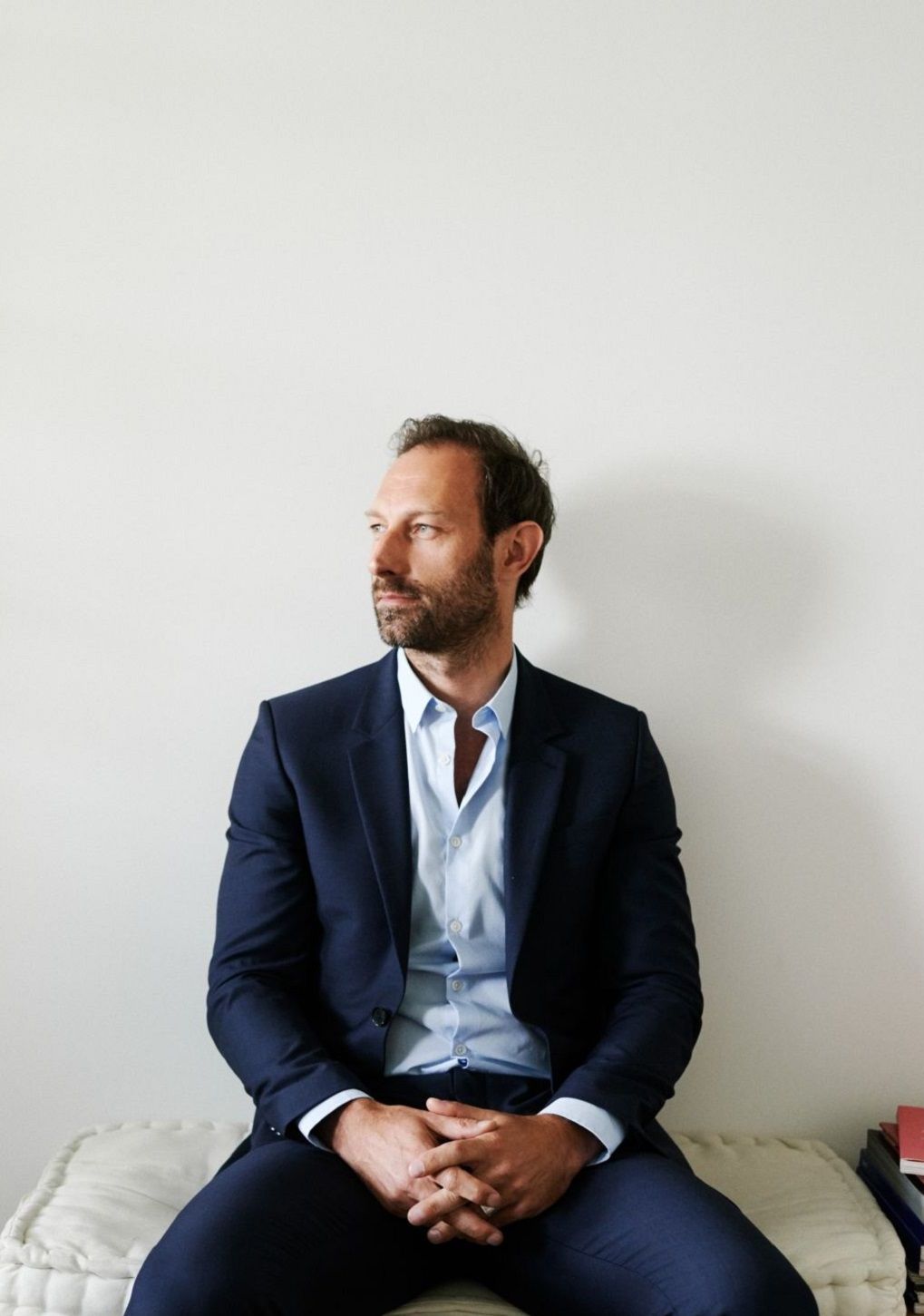 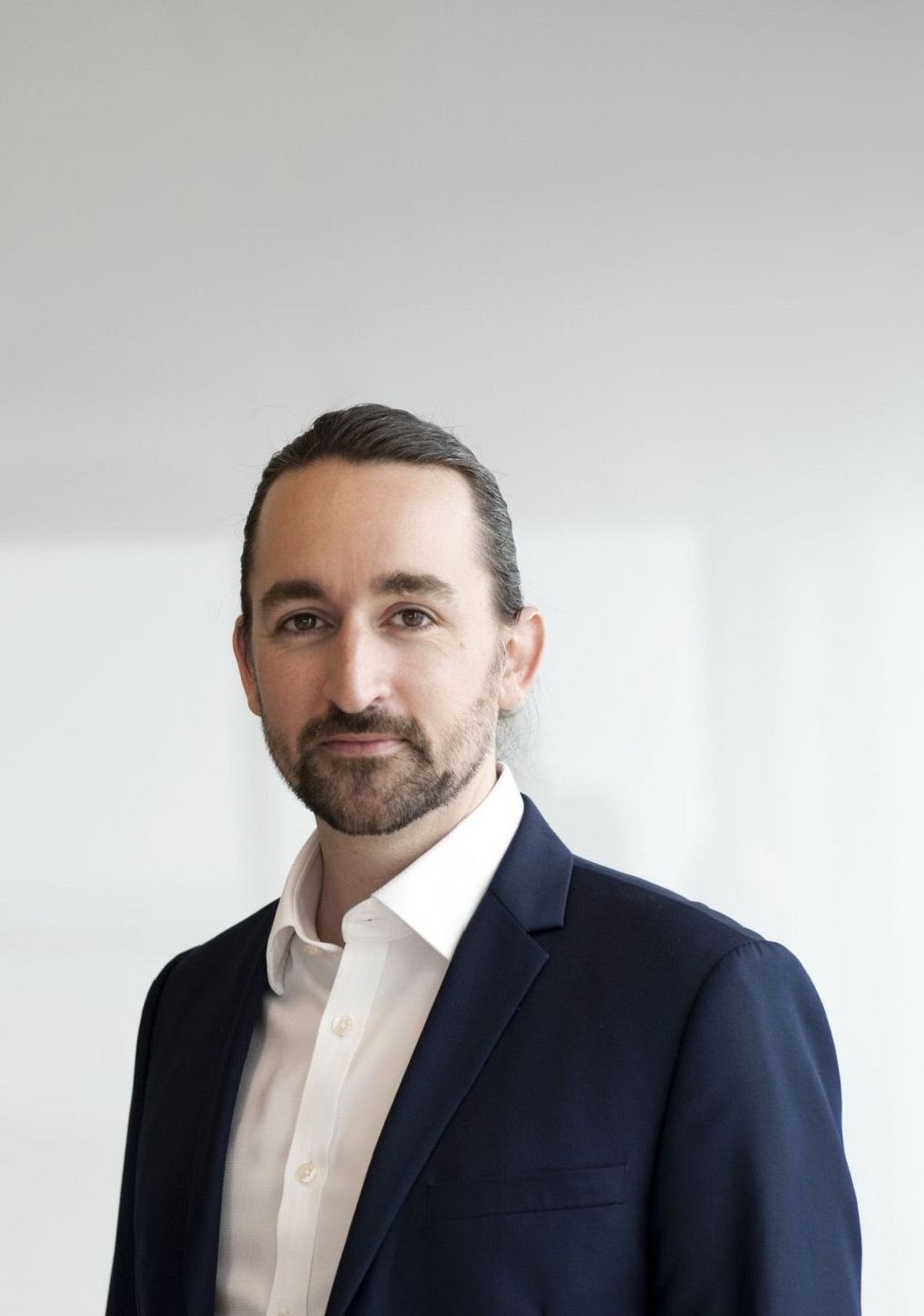 “Turning employees into brand ambassadors is a strategic priority” 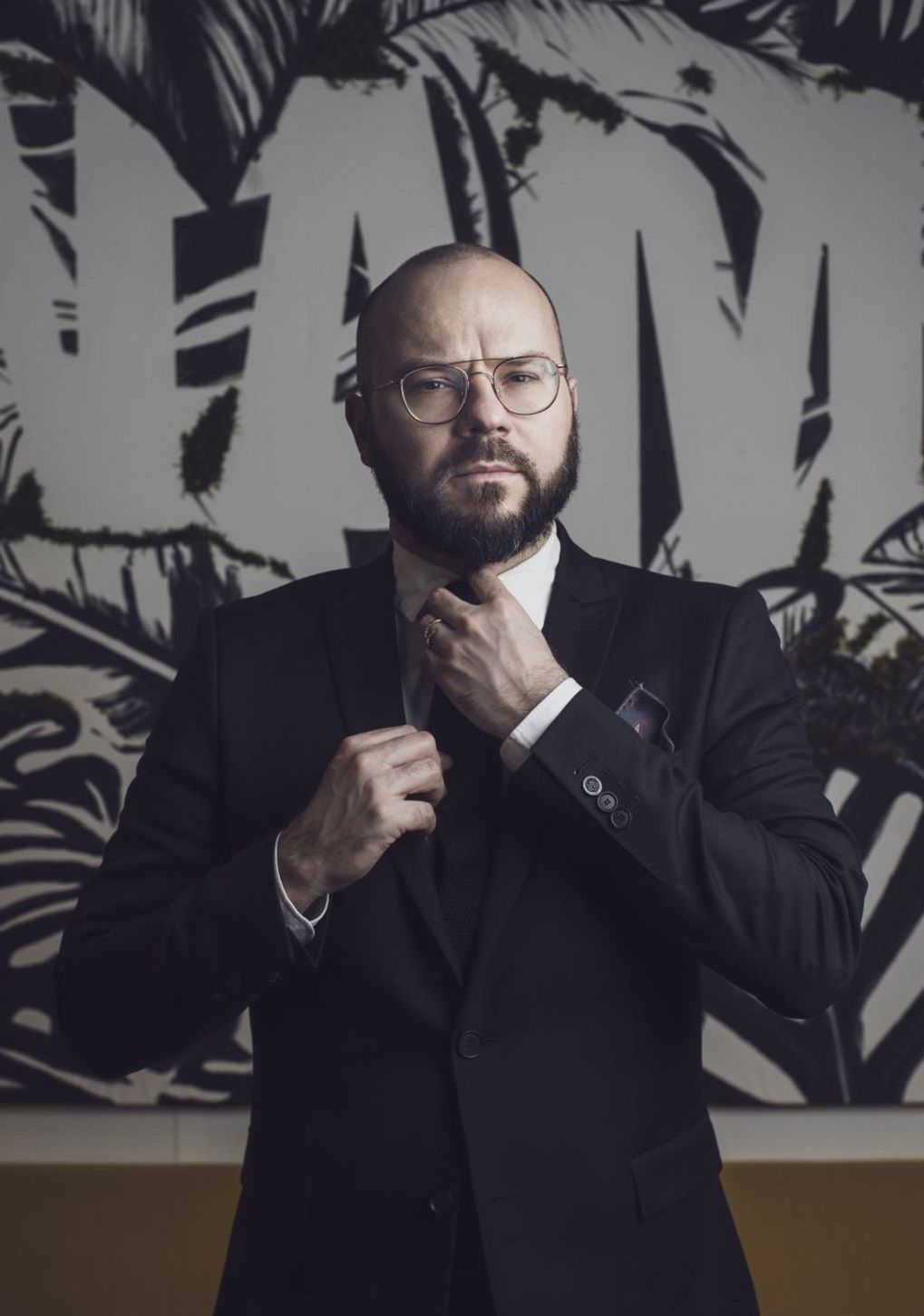 “Brands can do good for society. Today, they aren’t taking enough risks” 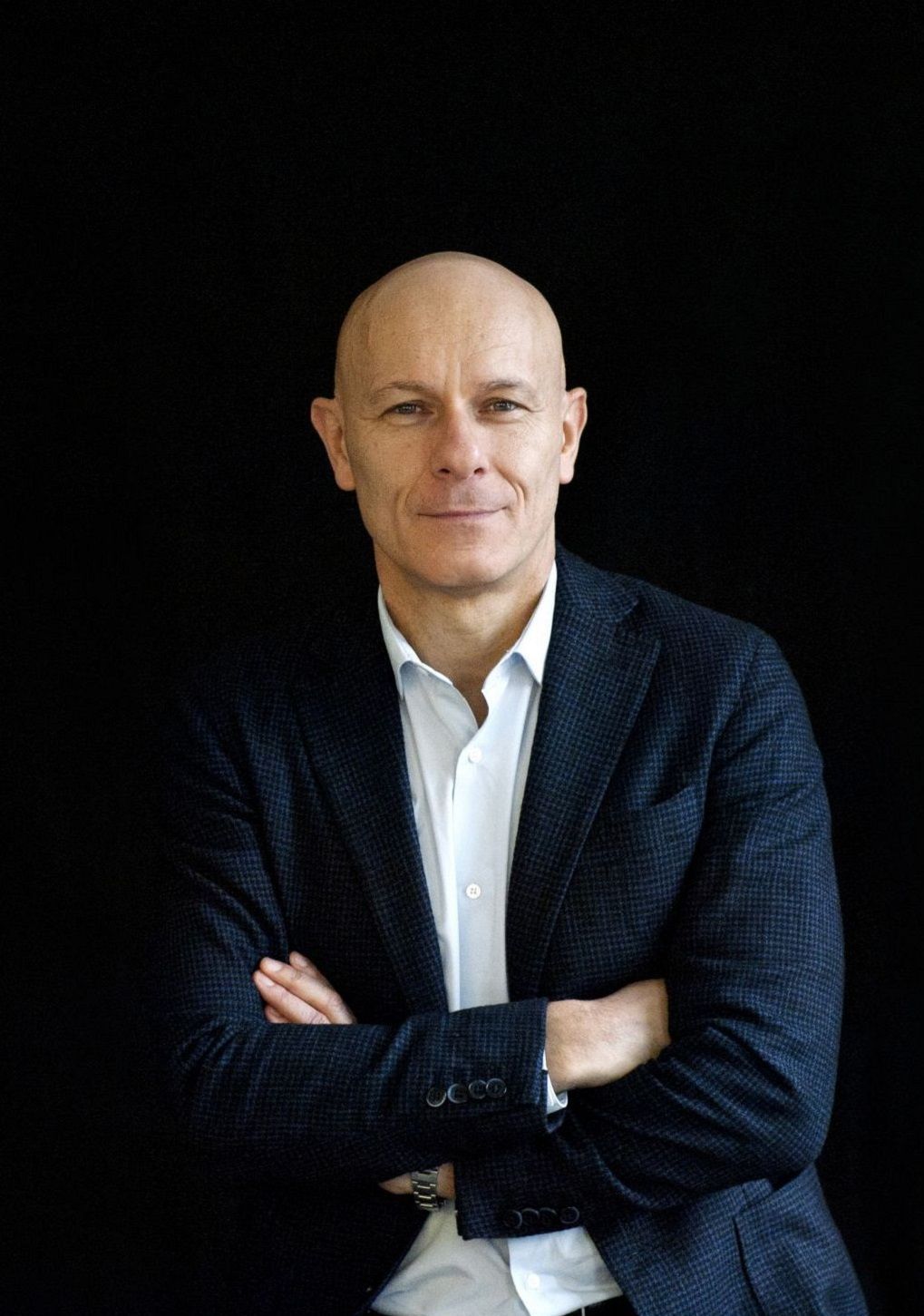 “The effectiveness of branded content depends above all on its quality” 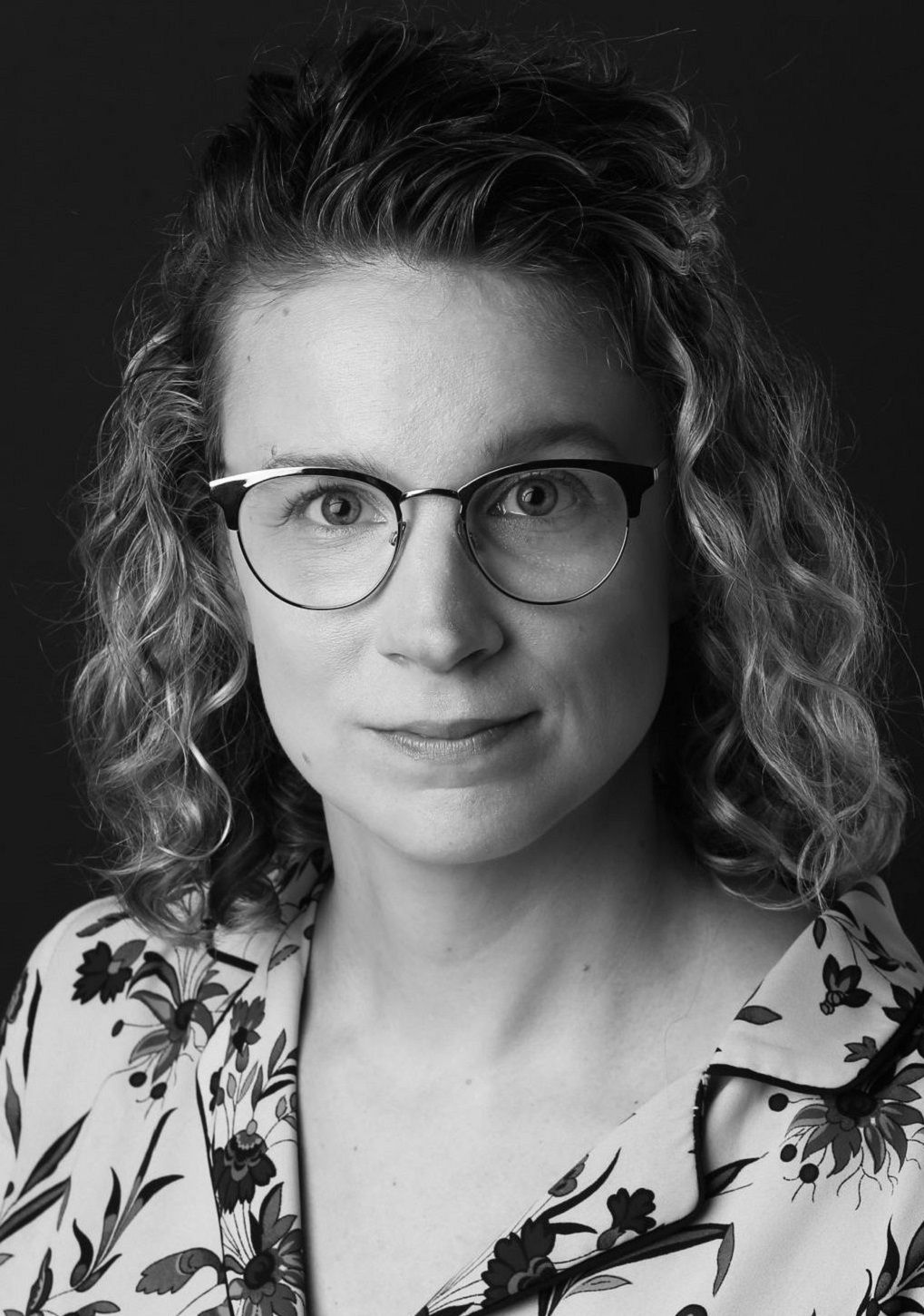 In the world of journalism newsletters are a precious distribution channel 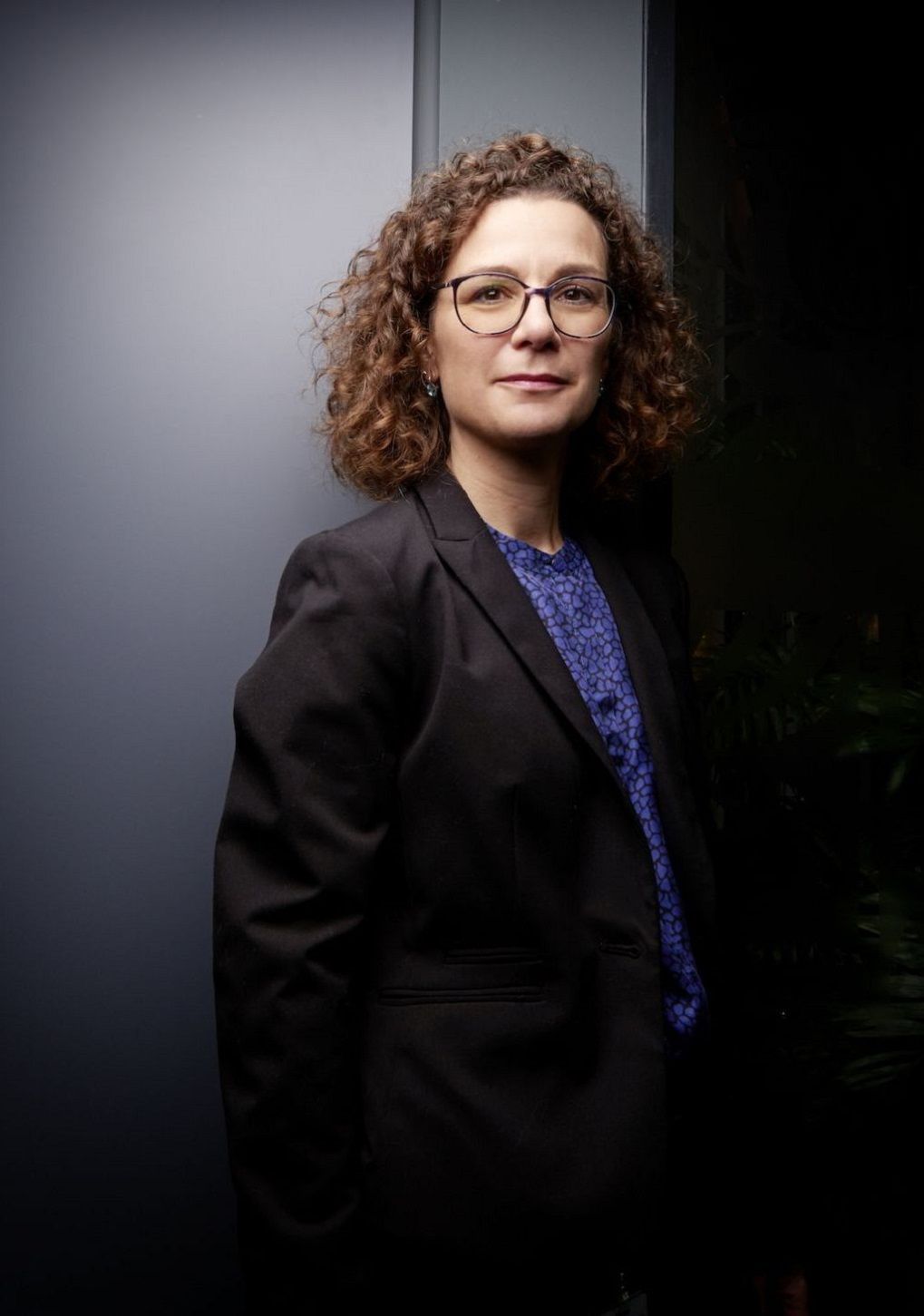 “At LinkedIn we defend the idea of ‘Members First’” 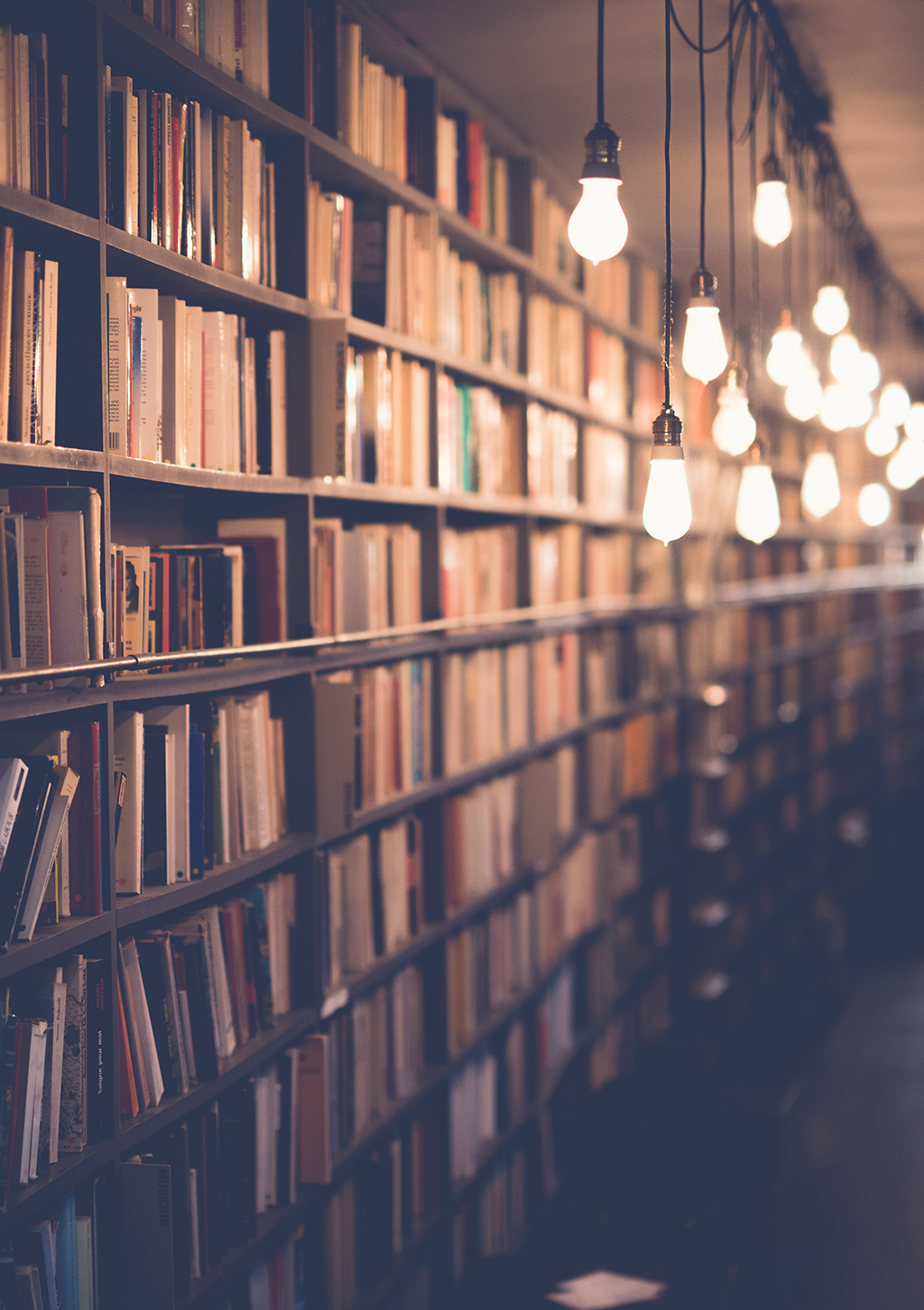 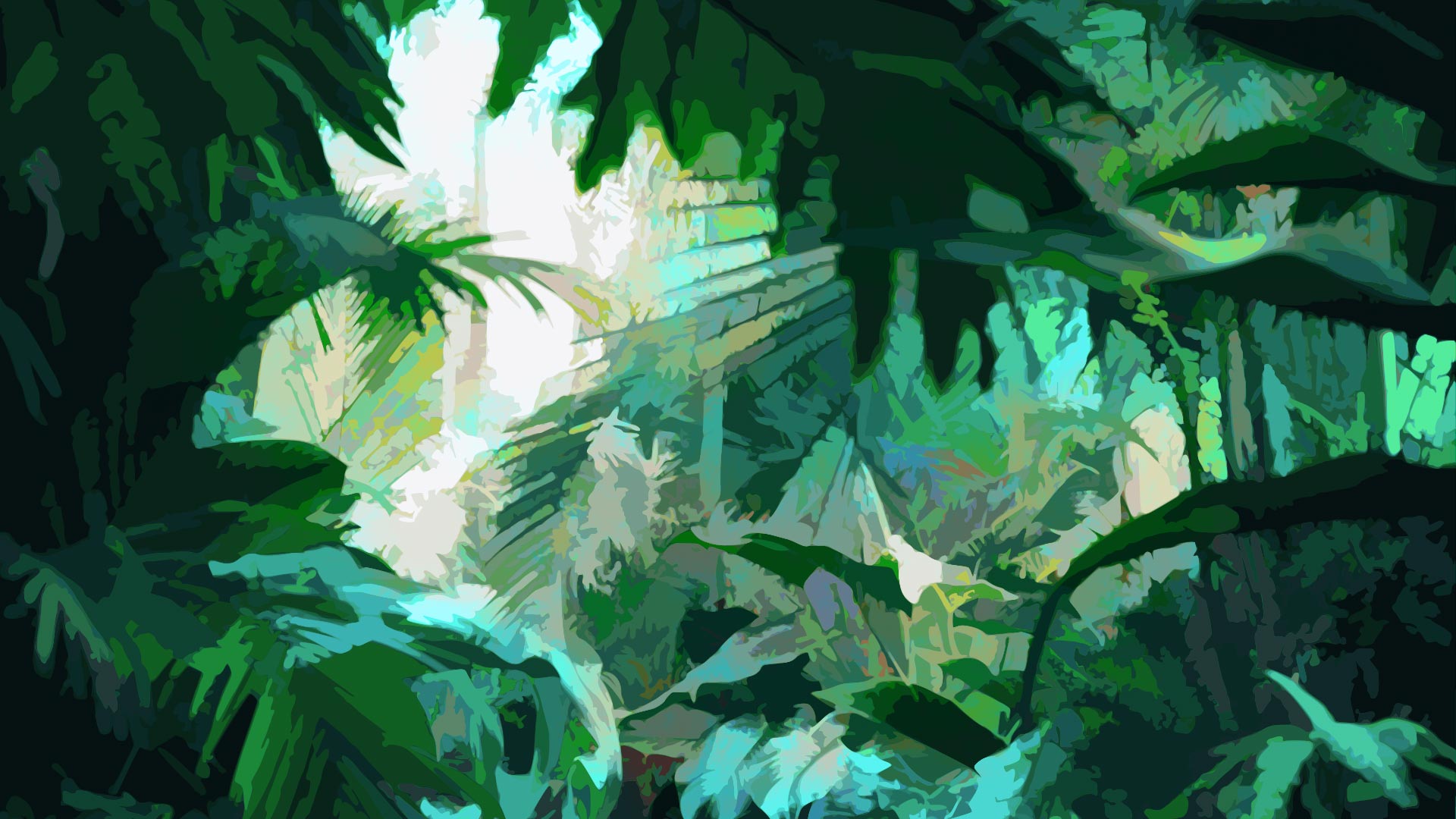 Find the right track
through the content jungle
Story Jungle is a leading independent content marketing agency, specialising in campaigns for premium and B2B target audiences.

With a comprehensive network of international correspondents, the Agency creates editorial strategies in multiple languages throughout EMEA, LATAM and Asia. We are experts in Thought Leadership, Influence, Inbound Marketing, Social Selling and Account-Based Marketing (ABM) campaigns.

Story Jungle was selected by LinkedIn to become one of only 10 certified global Content Partners.

Introducing Story Jungle Agency
scroll
The agency
We lead the fight
in the war on boring
We at Story Jungle powerfully believe that your convictions are your commercial weapons.

However: 71% of C-suite executives in Europe believe most branded content is... "boring*". And 64% of them expect a brand to adopt an authentic and original point of view.

That’s why we place such importance on creating content strategies that really make your target audience stop and think. Let’s lead the fight in the war on boring.

*Raconteur, 2017.
Turnover is
the new KPI
All our services are geared to helping you align your sales and marketing teams.

Our expertise? Create a distributed storytelling strategy custom-made for the most appropriate distribution channels (SEO, LinkedIn, Twitter, newsletter...) and produce content in the formats that resonate most powerfully with your audience (video opinion columns, long forms, nanographics...) with the single-minded purpose of enabling you to achieve your objectives: brand awareness, consideration and lead generation.

For us, turnover is the new KPI. 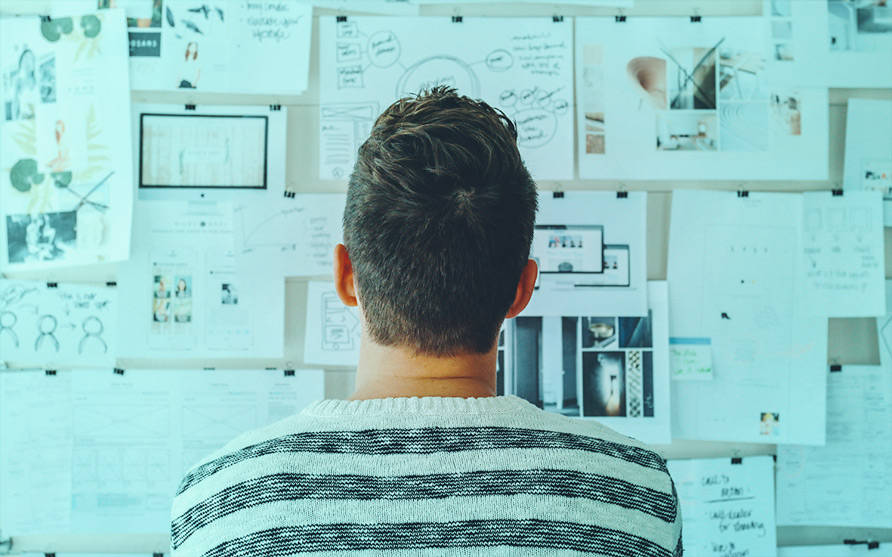 Our French and international editorial teams have worked for some of the world’s best-known media outlets and conceptualise and create high value-added editorial content that engages premium and/or B2B audiences. 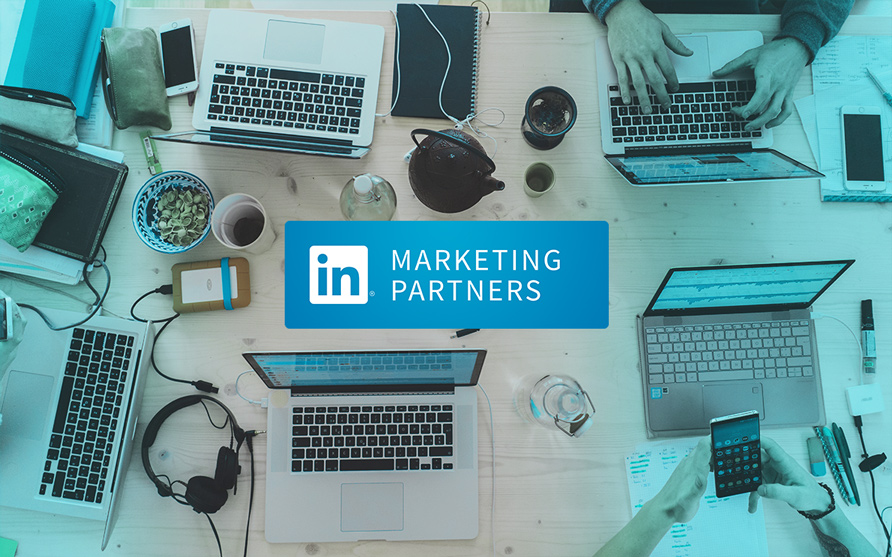 Distribution
Web platforms, social networks, LinkedIn, newsletters, podcasts, new media
With its expertise as a publisher, Story Jungle helps brands create their distribution strategy across all established and emerging channels to maximize the performance of their content.

Story Jungle is one of only 10 certified LinkedIn Content Partners worldwide. 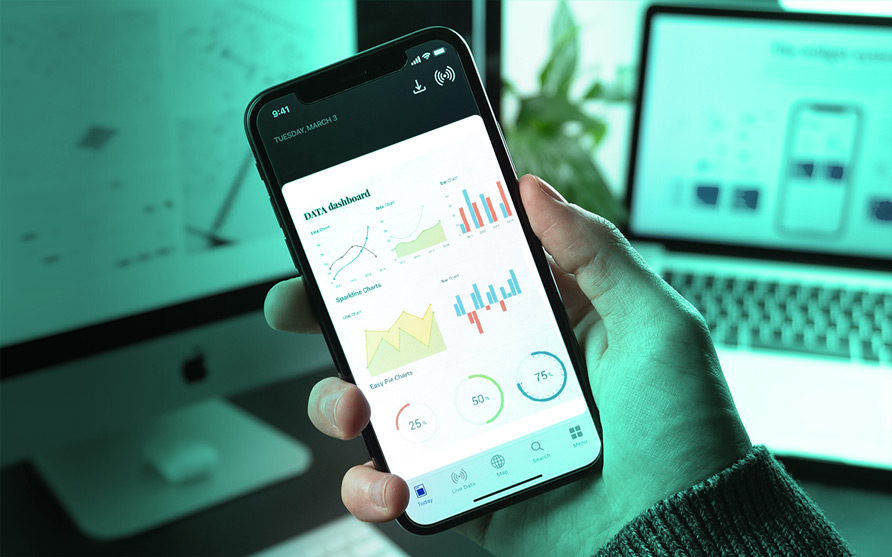 Data and performance
A/B testing, optimization, lead review
Data is at the heart of any marketing strategy. Story Jungle monitors your campaign success throughout its lifecycle, ensuring you achieve your goals: detection of Weak Signals, A/B testing, top angle selection, optimization of content formats, evaluation of the quality of leads generated.

international
impact
With more than 10,000 contributors worldwide and a network of correspondents built up during more than a decade’s experience, Story Jungle's international editorial team produces content on all topic themes, in all formats and in multiple languages for clients throughout the EMEA, LATAM and Asian regions. Our locally-based correspondents ensure content is in-step with local market styles and structures. 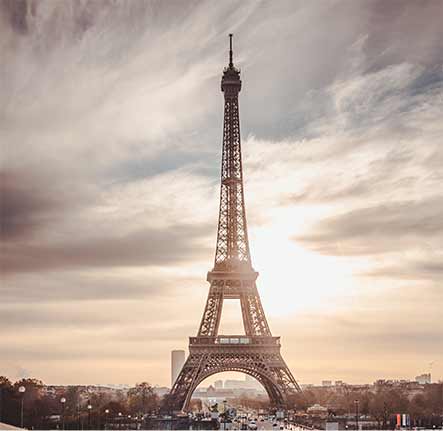 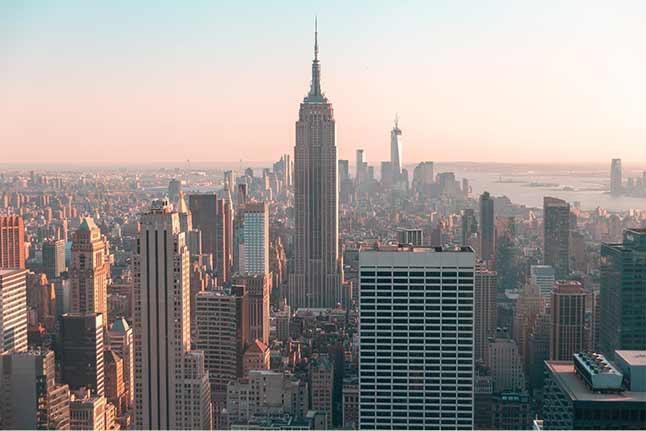 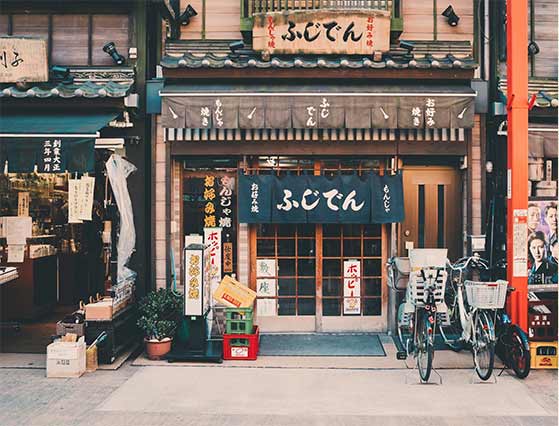 Mantras
Mantras
The war on
BORING!
Accuracy at all
costs
R&D is in
our DNA
Don’t bite off
more than you can chew
Audience is king
Do what you
say,and say
what you do
Time is quality
Save the Jungle!

The war on BORING!

Your convictions are your commercial weapons.
However: 71% of C-suite executives in Europe believe most branded content is... "boring".
And 64% of them expect a brand to adopt an authentic and original point of view.

And, be honest, who likes listening to so-called “experts” repeating the same tired old trends that went out of style years ago? That's why at Story Jungle, we pledged to lead the war on boring. That's our mission!

Accuracy at all costs

It’s our guiding star. Factual errors, inaccuracies, approximations... are all banned at Story Jungle. We believe: “Haste makes waste”! Our processes guarantee rigorous fact-checking of all our content.

R&D is in our DNA

Discovering new formats is our specialty. Story Jungle teams are on constant lookout for new formats and content approaches, scouring the Web to unearth innovative attention-grabbing storytelling styles from around the world. Want to find out more? Subscribe to our weekly newsletter.

Don’t bite off more than you can chew

Good creative ideas are worth their weight in gold, right? So don’t twist it out of shape just to make sure it hits every single goal of every single stakeholder. Stay focused! Prioritize. Make some tough choices. At Story Jungle our goal is simple: execute the creative idea, don’t kill it.

At the end of the day, it is the quality of audience engagement that allows you to achieve your campaign objectives, whatever they may be. Story Jungle always demands its content has a “real media” approach, making audience interest a top priority – if its too corporate, no one will read it. Our editors are all tried and tested frontline journalists from some of the world’s leading internationally renowned media titles.

Do what you say, and say what you do

At Story Jungle we try to give you maximum visibility throughout all stages of project development. When we commit to a deadline, we deliver on time, every time.

"All the success of an operation lies in its preparation" (The Art of War). There, I said it! Whether it's responding to a client brief, a call for tender, designing a content campaign or simply a single impactful asset, at Story Jungle, we agree with Sun Tzu. In the words of French poet Nicolas Boileau: "Hasten slowly, and without losing heart, Put your work twenty times upon the anvil: Polish it over and over again, and then polish it once more; sometimes add, and often erase."

If we carry on like this, there will be no more jungle. So yes, the Story Jungle team all voted – yes, we actually sat down and voted – to make projects that promote environmental and social goals a priority. We want to make a real positive impact and play our part in saving the jungle
References
References

Contact us
Contact us
Have a project or question to discuss?
Just want to swing through the Jungle and grab a coffee? Drop us a message